Tickets can be bought online or at the door. A one time $2 membership fee is required to attend all movies.

The 23rd Annual Victoria Film Festival takes place from Feb 3 to 12, 2017, and the selection is as regularly diverse as my tastes. Missing this year is the In Conversation series, and this particular aspect has always been of interest to me. I love hearing about the thought processes of these talented filmmakers. Sometimes, one might get to meet some really big names. One year had Gareth Edwards present, talking about his work prior to Godzilla. Now that he has helmed one of the biggest movies of 2016, Star Wars: Rogue One, how many people can say they have met him?

Taking the Frame Off  is a new program examining the coming trends, but will it be the same? With topics ranging from “What’s App, Doc” which looks at how content is consumed in a digital age to “Storytelling in Virtual Worlds,” my guess is in how media is created for the modern age will be at the forefront. Plenty can be said about how this new medium, VR, can work. This year, it is getting the spotlight at Play @ The Fort at Tectoria on 777 Fort Street. Here, demos of how virtual reality works will be offered free of charge and the games that’s playable now will be the spotlight. If we ask nicely, perhaps they might have a presentation of Allumette or Henry the Hedgehog.

More about this up and coming technology will be explored in an upcoming interview to be published on otakunoculture.com with Vincent McCurley, a technology specialist working for the National Film Board of Canada. They will be offering eight titles, two of them are shorts, at this year’s event! Of course, leading the charge is my top pick, which is also this year’s opening gala.

The unique character designs and visual styles are at the heart of why I’m loving this film, and it is topping many of my lists of movies to must see. With a story about young Rosie Ming (voiced by Sandra Oh) going to Iran, just what will she find there? She’s a poet yearning to visit Paris, but this Middle Eastern country is nowhere close to the City of Lights. Here, she will discover secrets to her mixed heritage and I suspect this coming of age film will be a true delight. This movie is selected as the opening Gala for this festival. 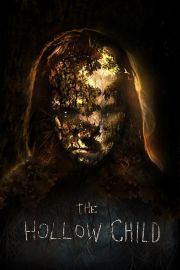 This movie is making its world premiere at the Victoria Film Festival and it has all the markings of being inspired from fairy literature in all its mystical Gaelic glory. Inspired by many Changeling legends, I’m excited to see where this story will go and how it will make its mark. This product is Jeremy Lutter’s feature film debut as a director. He’s locally known for his shorts which have graced VFF in previous years.

This documentary looks at a huge problem which needs to be addressed: how can we feed the entire population of Earth? Not every country is even considerate to ensure everyone can sustain themselves. The poor struggle to have a meal everyday. For star chef Massimo Bottura, he is doing what he can to help those who can not help themselves. He takes the discards (from the 2015 Milan Expo) and turns them into meals fit for a king. Hopefully the example being set in Italy can set a new precedence for others to follow suit.

This returning film is certainly worth the profile with local director/producer Ian Toews most likely going to be present to examine why eating insects is going to be the future if World Leaders and the United Nations do not do something to insure this planet’s growing population can sustain themselves. Not everyone is keen on the idea but I feel that spreading the news is important. A full review can be read here.