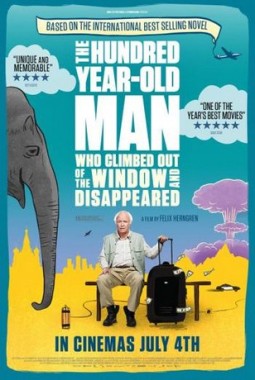 It seems that even when you manage to find ten movies of the month that you can’t wait to see, why is it that the one Canadian film I love has no photos, no trailers and no official website? Maybe it’s because I answered my own question: it is Canadian — meaning no US distributor has taken notice.

I speak of Minor League of Justice, a comedy about a group of minor superheroes trying to break into the big leagues. They just keep stumbling over their own incompetence. The film is probably inspired by last year’s comedy musical, Man of Steel Song — written by Melissa D’Agostino (who is also the writer and cast member of Minor League).

On October 21st at 6:15 pm, The Oak Bay Beach Hotel will be playing Chef in the David Foster Foundation Theatre.

A chef who loses his restaurant job starts up a food truck in an effort to reclaim his creative promise, while piecing back together his estranged family. The film stars Jon Favreau, John Leguizamo, Sofia Vergara, Scarlett Johansson, Oliver Platt and Bobby Cannavale.

The hotel offers gourmet individual pizzas, house-made buttered popcorn and ice cream sandwiches for dessert. You can also purchase one of Oak Bay’s micro-brews, wine or your favourite alcoholic beverage.

On a bitterly cold London evening, schoolteacher Kyra Hollis (Carey Mulligan) receives an unexpected visit from her former lover, Tom Sergeant (Bill Nighy), a successful and charismatic restaurateur whose wife has recently died. As the evening progresses, the two attempt to rekindle their once passionate relationship only to find themselves locked in a dangerous battle of opposing ideologies and mutual desires.

Gretta (Keira Knightley) and her long-time boyfriend Dave (Adam Levine) are college sweethearts and songwriting partners who decamp for New York when he lands a deal with a major label. But the trappings of his new-found fame soon tempt Dave to stray, and a reeling, lovelorn Gretta is left on her own. Her world takes a turn for the better when Dan (Mark Ruffalo), a disgraced record-label exec, stumbles upon her performing on an East Village stage and is immediately captivated by her raw talent. From this chance encounter emerges an enchanting portrait of a mutually transformative collaboration, set to the soundtrack of a summer in New York City.

Based on the internationally best-selling novel by Jonas Jonasson, the unlikely story of a 100-year-old man who decides it’s not too late to start over. For most people it would be the adventure of a lifetime, but Allan Karlsson’s unexpected journey is not his first. For a century he’s made the world uncertain, and now he is on the loose again.

Mathias Gold is a down-on-his-luck New Yorker who inherits a Parisian apartment from his estranged father. But when he arrives in France to sell the vast domicile, he’s shocked to discover a live-in tenant who is not prepared to budge. His apartment is a viager – an ancient French real estate system with complex rules pertaining to its resale – and the feisty Englishwoman who has lived in the apartment with her daughter for many years, can by contract collect monthly payments from Mathias until her death.

With his wife’s disappearance having become the focus of an intense media circus, a man sees the spotlight turned on him when it’s suspected that he may not be innocent.