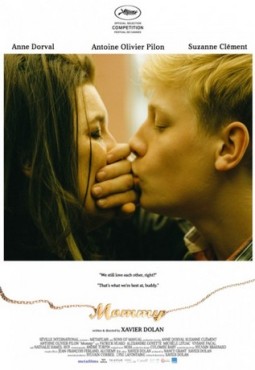 ArtSpring of Salt Spring Island will be hosting a re-broadcast in HD of the Metropolitan Opera’s production of Carmen. The broadcast is scheduled for Sunday, November 30th at 10 am.

Richard Eyre’s mesmerizing production of Bizet’s steamy melodrama returns with mezzo-soprano Anita Rachvelishvili singing her signature role of the ill-fated gypsy temptress. Aleksandrs Antonenko plays her desperate lover, the soldier Don José, and Ildar Abdrazakov is the swaggering bullfighter, Escamillo, who comes between them. Pablo Heras-Casado conducts the irresistible score, which features one beloved and instantly recognizable melody after another.

For more information on ticket prices, you can visit ArtSpring’s official website.

A young orphaned boy raised by underground cave-dwelling trash collectors tries to save his friends from an evil exterminator.

An Indian doctor emigrates to Canada in the hope of starting a new life, but bureaucracy confines him to life as a taxi driver. When he cannot suppress his desire to practice medicine, he begins illegally treating patients from his cab.

As Eve begins writing songs as a way to sort through some emotional problems, she meets James and Cassie, two musicians each at crossroads of their own.

U.K. gay activists work to help miners during their lengthy strike of the National Union of Mineworkers in the summer of 1984.

Equipped with a full stage for live entertainment the Foundation Theatre is located within the historic Oak Bay Beach Hotel. The hotel offers during the film gourmet individual pizzas, house-made buttered popcorn and ice cream sandwiches for dessert. You can also purchase one of Oak Bay’s micro-brews, wine or your favourite alcoholic beverage.

A portion of every dinner theatre ticket sold will go to the David Foster Foundation, helping the families of children awaiting major organ transplants.

Follows the lives of eight very different couples in dealing with their love lives in various loosely interrelated tales all set during a frantic month before Christmas in London, England.

Located on Salt Spring Island, The Fritz is an up-to-date cinema featuring Dolby Surround Sound, a digital projection system along with everything else you’d expect to find at a cinema in a large city. They offer real butter for their popcorn, Sunday matinée and “cheap” Tuesdays.

When Katniss destroys the games, she goes to District 13 after District 12 is destroyed. She meets President Coin who convinces her to be the symbol of rebellion, while trying to save Peeta from the Capitol.

After Ben and George get married, George is fired from his teaching post, forcing them to stay with friends separately while they sell their place and look for cheaper housing — a situation that weighs heavily on all involved.

When Katniss destroys the games, she goes to District 13 after District 12 is destroyed. She meets President Coin who convinces her to be the symbol of rebellion, while trying to save Peeta from the Capitol.

The Penguins of Madagascar
(USA – 92 mins)

Skipper, Kowalski, Rico and Private join forces with undercover organization The North Wind to stop the villainous Dr. Octavius Brine from destroying the world as we know it.

A widowed single mother, raising her violent son alone, finds new hope when a mysterious neighbor inserts herself into their household.