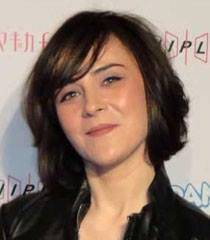 With all that has happened in 2015 it is good to see fandom on Vancouver Island can still rely on Victoria’s annual anime convention Tsukino-Con. And when it comes to experiencing a weekend escape I believe Tsukio-Con knows all too well what kind of distractions their con goers want. That could be why they have announced the addition of special guest, voice artist Sarah Anne Williams.

Williams has worked as a voice artist for English dubs of Japanese animation and video games since as early as 2009. Williams’ first title was as Ayumi Tokita from Shinryaku! Ika Musume. Her other anime credits include Sayaka Miki in Puella Magi Madoka Magica, Kozuki ‘Niko’ Yuniko in Accel World, Lisbeth in Sword Art Online, Nonon Jakuzure of Kill La Kill, and Sayu Hisanuma in Nagi no Asukara. Williams’ video game works include Jinx in the League of Legends, Angel Death in Wasteland 2, and she’ll be voicing Aaa in the upcoming Freedom Planet 2.

Tsukino-Con will be held on the grounds of the University of Victoria from February 12 – 14, 2016. To purchase tickets, please visit Tsukino-Con’s official website here.