Today marks the launch of Victoria Film Festival’s release of their 2015 program guide, and in what’s offered will be more documentaries than anyone can watch in a day, much less a weekend. That’s the first thing people scanning the guide from beginning to end will note. And starting this year (and most likely continuing) are screenings in Sidney, BC. People living north of Victoria (heading to BC Ferries) have a venue to see a specially selected list of movies playing at Star Cinema without having to travel too far from home.

The show runs February 6-15th, and this hungry film buff is looking forward to this year’s gala event — the movie Boychoir starring Dustin Hoffman as choirmaster who finds talent in a boy suffering from family loss. The reception that’ll follow afterwards will sport a 40’s theme with plenty of big band sounds to kick off the night. With the talents of Rita Hayworth, Veronica Lake, Cary Grant and Claude Rains blazing on background monitors, a few fans of comedy may well ask, “Well, Who’s on First?” Abbott and Costello is suspiciously missing. This event will be held at the Promis Building.

And as always, the catered food from Spinnakers will be great. This year has the Two Hungry Blokes’ attention on Final Recipe, a South Korean film where Mark (Henry Lau), a young lad facing pressures from home to leave the culinary profession and take up a more stable job. In the Sips n’ Cinema front, the movie Henri Henri sounds promising. The film is about a simple man, a light-bulb changer who worked at a nunnery before it got sold. Now jobless, just what else can he do? His motto is “to put light in people’s lives,” and that sort of guides this movie. Hopefully the filament doesn’t burn out. 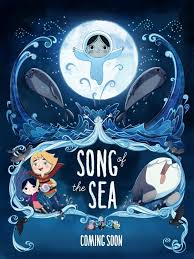 Other movies include two beautifully animated films, Song of the Sea by the same creators who made the visually gorgeous The Secret of Kells and The Boy and the World by Brazilian director Alê Abreu that looks to transcend mythical tradition.

But there’s more! To list all of the attention getters will be based on personal interest. Thrill seekers will have to check out Sunshine Superman, a documentary about Carl Boenish, the father of BASE jumping as he tackles his next climb, and those who often fear for his safety.

For fans of Kids in the Hall, creator Mark McKinney will be gracing the festival on Sunday, Feb 8th as part of the VFF’s regular “In Conversation With” series. His work in other programs like Saturday Night Live and Slings and Arrows will make this discussion with interviewer Richard Crouse lively. The movie Brain Candy will follow afterwards. Comedian Ron James (The Ron James Show, Blackfly) will also be just as entertaining and he will be speaking Feb 7th. Both presentations will be held at The Vic Theatre.

The digital version of this guide is available on the Victoria Film Festival’s webpage, and tickets can be bought online or at the door. The latter will be of limited availability so its best to buy early.