Victoria, BC‘s Capital City Comic Con (Sept 23-25, 2022) is almost here, and after a two-year absence because of a pesky pandemic, everyone (at least local) is excited about it. This city had a handful of other shows throughout the years which did not last long. And the hope from the team of businesses involved with this show is that this fixture is a tourist attraction in the years to come. And hopefully, #Nerdtoria can become a hashtag to use to recognise fandom in this garden city.

For a complete round-up on what to expect, please check out our sister-site’s look at this upcoming show. This September event is exclusive to 2022, and CapCity (not Comic Con as it’s registered to the San Deigo event) is expected to resume in March 2023 as part of the Spring Break tradition.

Getting a bite in between panels or wandering around won’t be easy. The events from the past usually required patrons to the Victoria Conference Centre to buy from their in-house catering service, and outside food was not allowed. Things may change since the pandemic is not over and instead of packing people in, to keep everyone distanced is for the better. Until more news is announced, we offer this updated guide (last one was dated 2018 and a lot has changed since) to eateries nearby that’s worth the visit.

For in-event concession, the organisers reported that it’ll be in the Crystal Gardens venue.

END_OF_DOCUMENT_TOKEN_TO_BE_REPLACED

The 2022 Victoria Fringe Festival is a wrap, and it’s almost a full return to form. This event ran from August 24 to Sept 4 and was well attended. I passed by many lineups while wandering Downtown Victoria at those venues that hosted, and the one big thing that changed, as a result of the pandemic, was the lack of seeing talents run from venue to venue to pass along flyers of their shows, and saying you must check it out. While there were fewer places hosting, that’s to be expected (assuming if they adhered to indoor health code regulations).

An internal change that not every patron is aware of is to buy tickets in advance (online or at the box office). I observed a few people were unaware, and instead of being turned away, were allowed to purchase at the door. I’m glad Intrepid Theatre was aware this situation may happen, and were prepared. I suspect further revisions will be in store to help streamline future events. And as the world transitions to accepting Covid-19 won’t go away, further tweaks will be made. All anyone can do is to be mindful in how things must now operate to keep everyone healthy and safe.

END_OF_DOCUMENT_TOKEN_TO_BE_REPLACED

Does this make the quarterly event wildly different from any of the other market-type events hosted throughout the CRD? I certainly hoped it would!

ES: I wasn’t aware of this event until Don told me, and I suspect it started up when health restrictions were lifted to allow for such gatherings. Out by my neck of the woods, Saanich, we also have a similar type of show but do I really want to go to Uptown Mall?

Downtown is a better choice–North Park is west of the city core, and it’s a beautiful area with a handful of diners and other goodness to wander around in.

With this event at Royal Athletic Park, it took up one side more than to use the baseball diamond field. All I can say is batter up! Don and I were there to see what was offered, and there were some interesting goods that I could’ve picked up, but I wanted to fill up instead. I didn’t have breakfast.

END_OF_DOCUMENT_TOKEN_TO_BE_REPLACED

Sadly, Poutine 66 closed and in its place is Maham & Pop’s Donair & Poutine. Technically, I’m not all that surprised since there’s only so much any cook can do with the classic Québécois comfort food, but as for putting donair on the menu, I’m all for it! They opened two months ago, and it seems locals love it. I got there on a not so busy time and am glad to have avoided the lineups.

It’s said they have Halifax-style beef here, and I’m inclined to agree. As for whether it is roasting on an open fire will define whether the sandwich is called a donair, gyro or shawarma. I love to have my meat seared with belching flames, but alas, this operation doesn’t cook ’em that way.

END_OF_DOCUMENT_TOKEN_TO_BE_REPLACED 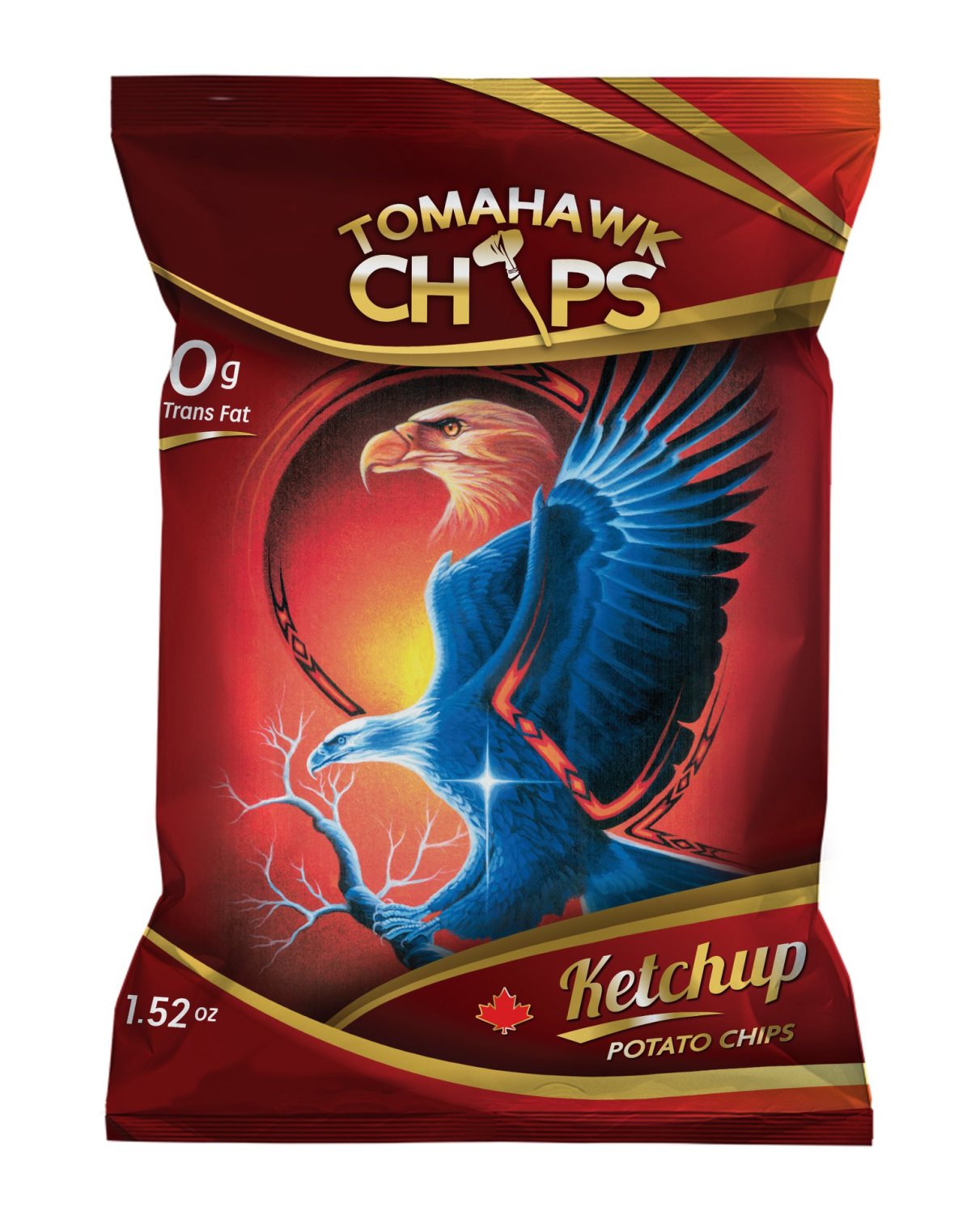 The Tomahawk is being thrown far and wide for its particular brand of potato chips to hit everywhere in North America. While the production is no different than how Lays makes ’em, the huge selling point for this brand is that it’s Canadian and sales of this company’s art from its web store help support local Indigenous youth initiatives.

The eye-catching packaging is enough to get me to notice, and when I saw them on sale at Thrifty’s Foods, I had to try each flavour out. Of the three different designs, I find the turtle and eagle are the most eye-catching. I’d love to put those images on my wall.