Victoria, BC’s Annual Fringe Theatre Festival is not only a terrific way to cap off the summer but also it’s a place to watch performers simply experiment with new ideas. In those that are runaway successes, they will return to stage as regular shows.

I have been attending the events for close to a decade now, and have seen a huge gambit. I naturally gravitate towards comedy, musicals and anything nerdy. However, I do not limit myself to them either. In those that I have seen outside my favourites, they are surprising. Of course, I never tire of the endless bounty of delights. The limitation is only with the imagination, and the journey to the Twilight Zone.

The following are my picks of this season. Please visit http://intrepidtheatre.com/festivals/fringe-festival for showtimes and to buy tickets.

Drink-a-long through time in the quantum pint machine! A sci-fi sketch comedy based on the life and times of the humble beer. Stage buddy NYC says it’s“the ultimate tribute to Homer Simpson’s favourite drink”, and in daily adelaide.

For more than 150 years the super secret underground society of Victoria has lurked beneath the shadows of Douglas street, manipulating the burgeoning city to their sinister will. Witness as they meet to celebrate their achievements, and through improvisation retell the Story of Victoria as its never been told before. Ludicrously.

What happens when puppets grow tired of being controlled and decide to overthrow the human regime? Puppet revolution, a struggle to create ‘real art’ and a healthy dose of Existentialism. Come see down-and-out Ernie and overachieving Bethy try to create a children’s show while the foul-mouthed puppets attempt to take over. 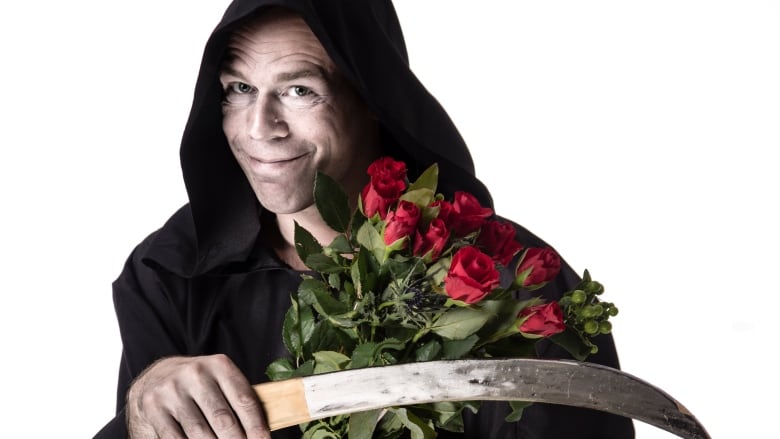 A comedy about drinking, death, falling in love and a missing pacemaker. The new show from comic and poet Rob Gee, creator of fringe hits pandemonium and Icarus dancing.

Jeff Leard and Sydney Hayduk team up to answer the big questions: are we alone in the Universe? Are we living in a computer simulation? What do two irresponsible roommates eat for breakfast the morning after awkward sex? In short. No. Yes. And eggs.

Kitt & Jane: An Interactive Survival Guide
to the Near-post-apocalyptic Future
My Brother The Changeling

Two 14-year-olds hijack their school assembly and train their classmates to survive the coming apocalypse. This work is a poignant exploration of the world today’s youth are inheriting, and how they’re willing to fight for it. It is a sequel to past fringe hits, Interstellar Elder and Little Orange Man.

Sherlock holmes is back in his deadliest adventure yet and it will be presented by local theatre veterans. David Elendune has been a regular with the wondrous Winnie the Pooh set in a proper wartime retelling and the stupendous Casino Royale, a radio drama style retelling of a James Bond classic. This work stars Trevor Hinton as Holmes.

Wes Borg, Morgan Cranny, Rod Peter Jr and Mike Delamont bring you the funniest history lesson of a lifetime! A young boy hates Canada until the ghost of Pierre Burton takes him on a tour of Canadian history, from the tennis ball battle fields of York to a Laura Secord Mega musical, all in a Birchbark time canoe!

This recent Broadway hit musical lovingly parodies the 1970s disaster film genre. Come join a colourful group of New Yorkers at the grand opening of a floating casino (with a disco!)

As they fall prey to all sorts of tragic disasters. Inspired by a plot from instantly recognizable 1970s films, such as earthquake, this hilarious jukebox musical’ revives popular 70s songs that will no doubt have you singing along. Characters include a nun with a gambling addiction, a lounge singer and a flirtatious casino caterer! The performers (all local teens)

Will have you grooving…and in emergency preparation mode all at the same time!

Ghost hunting brothers Abdul Aziz And Shawn O’Hara return with a walking tour so “accurate and frightening” that you’ll wonder how you’d never heard these unquestionably true stories before. From the history of Victoria’s first ghost business owner to the city’s Most Haunted payphone, no rock will be left un-toured.

The meeting point for this show is in the CRD Square on the Government street side (near the Statue of Dr. Sun Yat-sen).