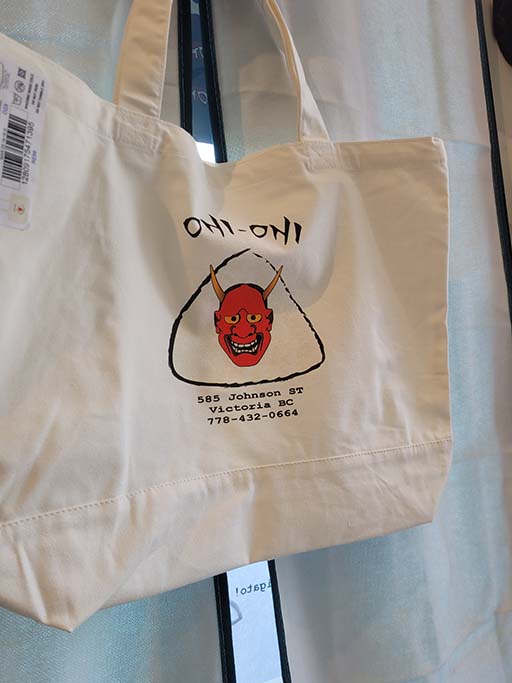 Yes, I make no bones about it, I love rice balls. A long time ago, a Chinese-style variant included a deep-fried type where the gooey cheese interior made for all the difference. This was before I discovered Onigiri, a healthier Japanese snacking version to which I’ve never looked back in my switch.

Oni-Oni is a satellite operation of Sakura Sushi and is a place I’ll definitely return to when I need my sweet rice vinegar fix! They have fifteen flavours of onigiri to choose from! Not all of them are always available, but if you call ahead, it’s possible to get what you want made to order. Eating one is not enough, and for a hearty individual like me, I can eat up to four of them in one go. These bites are like snacks, and aren’t the huge ones people sometimes see in anime. They’re about the same size as the ones bought at Fujiya’s on Shelbourne. Plus, this store has Okashi and Nomimono too!

It’s hard to say which oni is their best seller as this operation is still relatively young. I’m willing to bet that the Garlic Sesame is the most scrumptious. The added sesame oil is enough to draw me in, and the garlic is well toasted to give the starch a bounce to make me go yeehaw about. 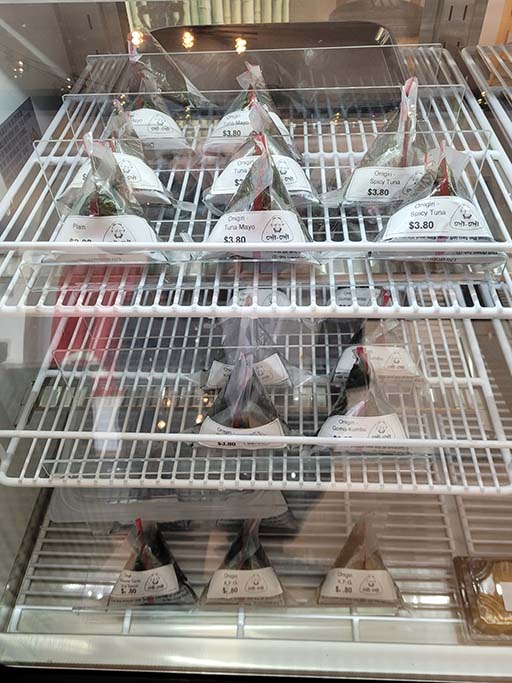 Equally flavourful in the rice enhanced by vinegar (for sushi) is the cod roe. The umami is spot on, and I don’t think I can handle basic rice balls from now on, especially after these delights. Although, I will have to try their KFG (Marinated Sliced Garlic, fried in our 11 herbs & Spices) and Teriyaki (Braised Beef Sirloin in Teriyaki) next. It’s tough to bite into cooked fish or meat in these snacks, but that’s the compromise when wanting to buy something to eat later at the park or for the next day. Saving them for longer will ruin the texture of the rice.

This operation may well be the oni place I’ll frequent when I get hungry while downtown. They also sell Japanese sweets and ice cream beyond what Fairways Markets sells. I imagine those cows had to wagyu hard in order to supply operations outside of this country. Oh Sugar has serious competition when it comes to selling similar treats–or the two will have a truce and figure out a way in which operation sells what. It’s oni fair.