From getting my spooky fervour on as a Paranormal Investigator to enthusiast this Autumn, this downgrade is not because of the group, Paranormal Victoria (PARAVI), I was with decided to take an extended break since we all have busy normal lives. We sometimes make it a tradition to investigate a venue at this time (and sometimes it’s with media, like the Oak Bay and Victoria News back in 2012). One day, I hope the great folks who make up this PARAVI team will be back.

In the meantime, I will continue my interest on the cinematic, theatrical and storytelling front. My love for the supernatural started from discovering this genre in those mediums and here are my picks to get my muse singing the praises: 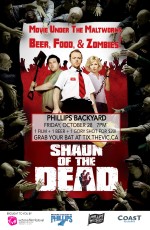 Movie Under the Maltworks
Shaun of the Dead Movie Screening

I have often wondered what a perfect cinematic night during this season would be like? To boil down the perfect pair depends on the mood and which sub-genre best represents Halloween. Some may say zombies and others will say ghosts. For the former, comedy is needed. While not everyone will appreciate the golden age classics, my choice would be Shaun of the Dead and Fido. With kids in the audience, it would be hard to keep them down for two films, but for one, the former will do and the Victoria Film Festival committee has this choice easily nailed down. That’s tough to do for keeping a zombie still.

Best of all, the night includes a costume contest!

John Adams (pictured above) is Victoria‘s best-known historian who loves telling spooky stories. Not only does he have multiple types of walking tours happening throughout the year but also his Ghostly Walks (running Oct 14-31, starting 6:30pm & meeting by the gates at Market Square; $13-15) is popular when All Hallow’s Eve arrives. He wrote much of the content which gets recounted by the guides who rides along with you as the horses clip-clops through James Bay. Most of the stories are about the “residents” who still reside here. On a foggy night, the imagination can go wild. Fortunately, riders do not have to worry about any legends of a sleepy hollow. Most of this neighbourhood is well built, but some say there’s a persuasive energy around here ….

Admission: $13
($1 off by non-perishable food item donation, limit of one)

Formerly known as Evil Acres, just what can this group of scare enthusiasts do with a themed attraction that incites “Fear on the Pier?” When considering what I know of their work in the past, I’m deadly curious! Will there be the smell of rotten seaweed and shambling glow-in-the-dark divers ala Scooby Doo? As a H.P. Lovecraft enthusiast, I can only imagine the Deep Ones crawling about and gibbering strange echoes in a shanty home of a deceased fisherman. This group has trained actors to instil that chill in the air. When this attraction is set by the sea, is it from the ocean breeze or elsewhere?

Tip: Please do not bring anything valuable to leave in your car or have on your person. This company is not liable for loss of cellular devices / portable lighting equipment while crawling through the very dark dungeons here. It spoils the fun for others.

Admission:
$28 public or $25 for Castle Members

Bat … er back for a second year, this take on the Batman mythos shows an evolution of a Victorian-age crime fighter to modern era ninja. This interactive theatrical production gets fans of this timeless character to understand this character more from the perspective of the inmates he imprisoned. From The Joker to The Sandman, the rogue’s gallery is well covered. But since this is not a licensed DC Entertainment product, the names are changed. Fans who know the characters can easily identify them all. To learn more about the group Launch Pad Productions, please read this interview here.

Admission:
Tickets can be bought at the door
Approx: $25 (Non Splatter) / $35 (Splatter)
or online at Brown Paper Tickets.

Technically, the only reason this post-Halloween event is listed is because the fun can always continue after, and the venue was pre-booked many months in advance prior to Last Chance Productions’ decision to come to the Garden City. I have always wanted to see some group — local or not — put on this show here and to hear that this event is coming, by a performing troupe whose work I know, is not only thrilling but exciting. I look forward to seeing what they have up their sleeve this year, as their shows are not always exactly the same year after year. Anyone who knows the Evil Dead lore has some extra material, namely the updated film and the television series, that might get slotted into this production. And who does not want to get splattered with “blood?” This show is famous for its Splatterzone. 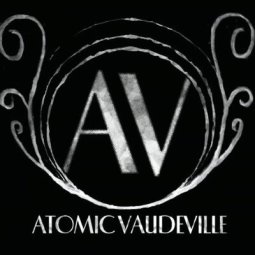 Admission:
$25 at the door or $15 online at Ticket Rocket

This live production shifts theatre companies year after year, and that’s not a bad thing to know. From its humble beginnings under the guidance of Kaleidoscope Theatre which introduced Griffin Lea to the masses (He’s an excellent Dr. Frank-N-Furter), the show continues with him forming Rebel Knock Out Productions (RKO) to continue the fun the following years. But as with any group, there’s always the challenge of keeping the energy going. This year has Atomic Vaudeville producing, and Britt Small is handling the directing chores.

For an event that is cool and unique for folks from all ages to participate in is a pumpkin carving contest that can only be done underwater. As for how can everyone watch what is going on, perhaps lessons in scuba-diving are needed. Divers are invited to challenge their skills in the cold waters off Saxe Point.

The festivities taking place by land may be like in Harry Potter and the Goblet of Fire. Participants will be under water while the viewers stand on platforms waiting to see which pumpkins end up floating up prematurely with half finished faces and other strange items coming to the surface. However the show will look like, at least on land, there will be food, contests of other sorts and plenty of pumpkins to nibble on.

All of this craziness is being offered while raising money for the Animal Rehab Centre (ARC).