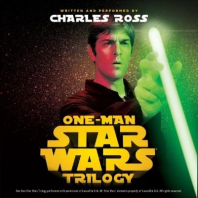 May the 4th will soon be upon us for those Star Wars fans who understand the reference. Usually, this day will mean a lot more than just enjoying the nine film saga at home. With movie theatres shut down due to Covid-19 and mass gatherings not the norm, Charlie Ross is giving back to fans in the best way possible–a livestream of his One Man Star Wars act. Reviews and interviews of this talented performer’s other One Man shows can be found on otakunoculture.com, here (on Stranger Things) and here (chat).

Ross will be performing from UVic’s Farquhar Auditorium at 5 p.m. (PST) on May 4 and interested parties can bookmark the streaming page here.

END_OF_DOCUMENT_TOKEN_TO_BE_REPLACED 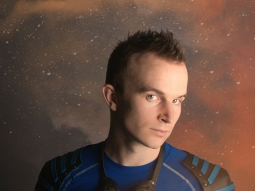 Jeff Leard is a very kinetic performer and in his latest Victoria Fringe Festival outing, The Jupiter Rebellion: A Zach Zultana Adventure, he’s the type of guy who can capture a room and keep everyone laughing for hours. Previous years had this entertainer do one-man children’s stories like Rumpelstiltskin and last year had the laugh-out-loud parody Sperm Wars. When performing unique works, he’s very much in his element. The way he leaps and bounds, switch characters at a drop of a hat and work out a sweat under those hot stage lights, is amazing. I’m sure this handsome performer will have many a female stare dreamily at him in any production he’s part of. He’s certainly an action and comic star (think Harrison Ford meets Robin Williams level) of the Fringe circuit.

With this latest sci-fi comedy show, he tries to get the girl, Alexandra. She, unfortunately, happens to be the wife of the CEO of the Saunders Mining Corporation and he does not take kindly to Zach’s antics. He was the captain of a starship once, but he got demoted along the way. Eventually, he’s tossed to the lowest of any kind of station, to be a miner at an asteroid. Eventually, there’s a rebellion when the workers learn of Zultana’s philandering ways and they believe he’s the type of union leader who will gladly stick it to the man! His bosses do not think highly of him, but he does have the support of Nikolai and Jack to help out.