The Two Hungry Blokes is not gone. I just have to be more devious in my approach to record and later reveal content from James. We still head out to have a random bite from time to time. For a guy who claims he’s leaving the scene, he’s not doing a good job. He still wants to express what he thinks about a restaurant, its service, its decor or the food to me. He simply no longer wants to write about it, which is fine, and I do not have to put my fingers into my ears and say, “la la la,” to ignore him. Instead, I’ll might as well take notes of his thoughts and report it. Yes, I can find workarounds.

In this Halloween guide, he never said I can not repost his list from our other blog otakunoculture.com here. I present our picks for this year’s local island festivities. Most, I have acquire tickets to, others, I don’t know if I want to take James along anyways. He was a buzzkill (see my report here) when he wanted to join me for the first event on my list. I also have to note for James picks, I went to one and he was nowhere. Did he go phantom on me?

Fear on the Pier (Year Two)
Starting Oct 12 to Halloween
Pier A — 203 Dallas Road
Victoria, BC

Monsters Haunted House has my interest peaked with Dead City: The City That Always Eats, presumably a zombie-themed attraction by the sea. This walkthrough is just one-half of the show. While I warn that the Darkness Maze is not for the faint of heart, the chances of roaming in this trap lost are quite good if you have no night vision. Folks are advised not to pull out their cell phones and use the light. It not only ruins the fun for others but also, this company is not responsible for lost items.

I have gone through this event enough times in the past with various friends and it’s enjoyable. While I may return to investigate Dead City, I like to know more. I hope it will be revealed about this half as October is in full swing. More information can be found on their Facebook page here. 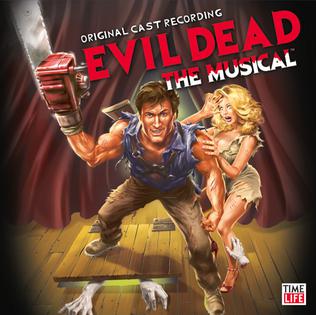 Returning for the second time is Last Chance Production’s version of this show which is guaranteed to get anyone soaking wet in delight. That’s assuming you are sitting in the splatter zone. This group puts on a spectacular show in a traveling format. They tour from Portland, Oregon to Vancouver, BC and have now made Victoria a stop before resting up to play it again for another year.

For Deadites yearning to see a local show, a complete event listing for a nearly city can be found on Evil Dead the Musical’s main website here. Tickets for the upcoming local show are also listed on this site. For your convenience are links to the Portland, Oregon and Renton, Washington, USA shows. In Canada, they will be performing in Vancouver and Victoria, British Columbia.

All the horror tropes, disco funk and love for Edgar Allen Poe will be put together in a melting pot which will play straight to Halloween. A longer write-up can be found here.

Audiences will be guided through a historical landmark of this city and divided into smaller groups to watch the terror unfold in groovy ways. Several stories will unwrap and just how it concludes it anybody’s guess. Perhaps a disco ball will be involved since the story is set in the 70’s.

Audiences will be guided through a historical landmark of this city and divided into smaller groups to watch the terror unfold in groovy ways. Several stories will unwrap and just how it concludes it anybody’s guess. Perhaps a disco ball will be involved since the story is set in the 70’s.

The Oct 23rd event is a presentation of Bolen Books and Touchwood Editions, where author Shanon Sinn talks about his experiences and what he has found in his research of the various places he’s found in his book, “The Haunting of Vancouver Island.” Here, folks can ask about places that did not make it in his work. While some tales will send some chills down your spine, others will get rebuked. It’s all in your head, maybe ….

To learn more, you can read my interview with this author here.

Though technically sold out, this very popular event is listed to inform readers to plan ahead. That is, get on the Royal BC Museum’s mailing list and once when they announce sales, you will have to go online to purchase right away. I missed the last two because I waited too long to buy. Passes tend to sell out within hours of the announcement.

This year’s circus theme is just perfect following what’s going on in cinema — Stephan King’s IT might play well into the entire month of October. Last year’s Haunted Hollywood theme was one I wished I gone to, especially when I knew this museum had a vintage movie room which usually showed silent films. I knew to make that a centerpiece of that show was apropos. The fact this museum offers various fun-packed theme nights keeps this event fresh, and this special adult’s only evening type party happens year-round. Wild Romance was offered as the Valentine theme earlier this year.

(cont’d on next page)