ES: Hot Dog Hu$tlin expanded their operations from Vancouver sometime ago and after talking to the owner/operator, he said they are often the competitors to Japadog. They were the talk of the town for the North Van.

I’m glad they came to sell at Victoria’s First Annual Prawn and Fiddler Festival, as that was the scent that drew Don and me towards the cart when we patrolled the area before the official start of the event. It wasn’t just the scents of the bratwurst and the grill that had my spider sense tingling!

END_OF_DOCUMENT_TOKEN_TO_BE_REPLACED 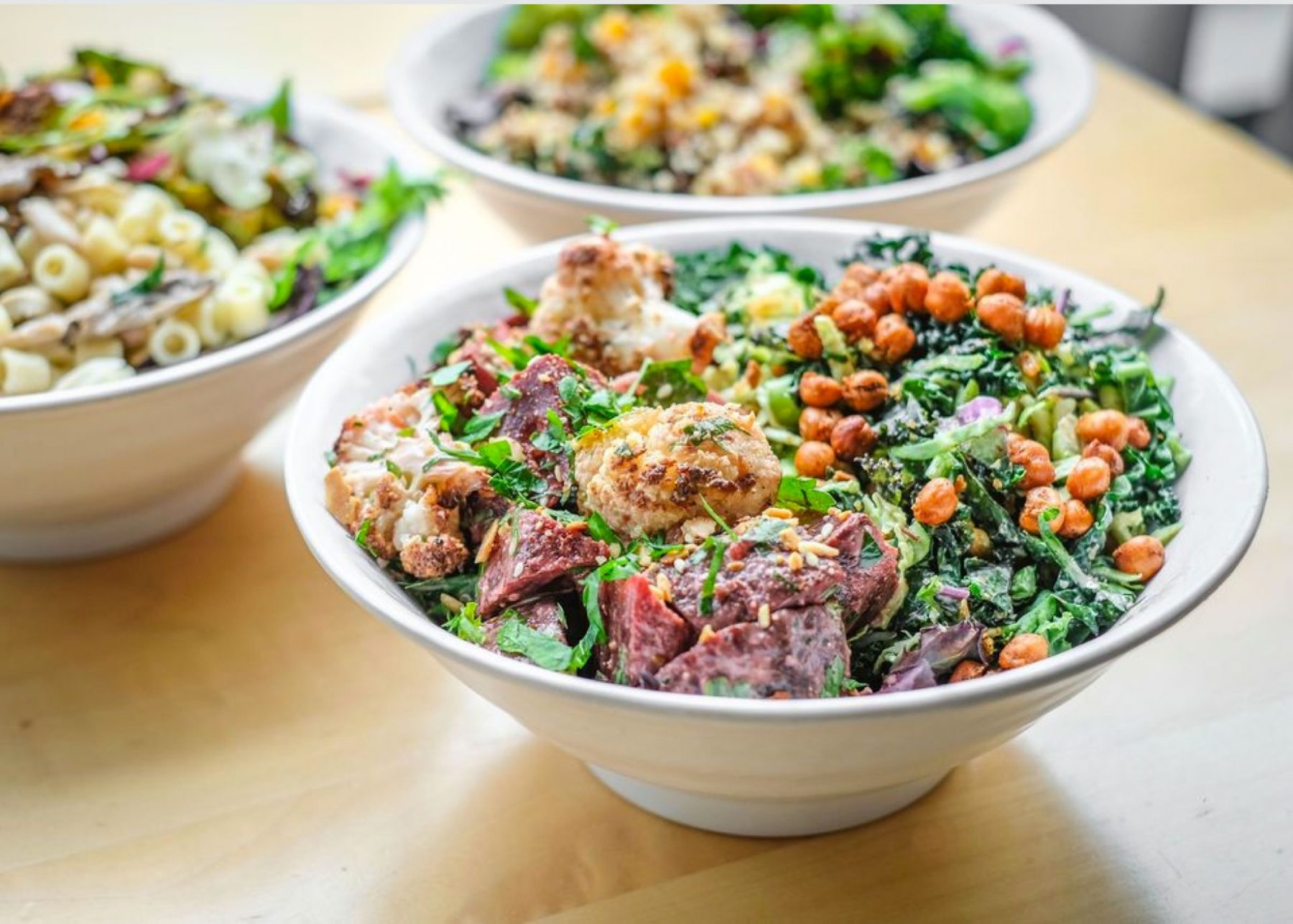 ES: From sandwich shop to soup kitchen (if it can be called that), the deli turned health food stop certainly knows how to serve the soups and stews up warm and fresh. They also know keeping a few luncheon staples folded between breads is still important. The operation is now known as Tractor. They have farm fresh in mind, and my meal was cozy enough to warm me up on a wet day while downtown Victoria, BC.

DK: While waiting for Ed a young man in a suit passed by along Government Street. Not a suit, suit. More an “I’m here for a conference and I need to look fresh and clean when the gang goes out on the town” suit. Anyway, while striding by one of his companions asked if he’d ever been to Tractor, and what his opinion was. “Nice aesthetic, but pretty expensive,” was the man on the street’s reply.

END_OF_DOCUMENT_TOKEN_TO_BE_REPLACED

I feel home at the range here, at 10 Acres Bistro. Part of their menu change on a seasonal basis, and it makes visiting every once in a while different. When they source straight from the farm, some of what’s offered for meals are on a limited basis. And they arrive at the table all dressed up with only one place to go–my stomach! I find the Fall season offers a lot more delectable delights than the late Winter, but it all depends.

One time I went here was for one of the Victoria Film Festival‘s launch party for their guide. That was years ago and was held at the other side of the venue. That is, including the bar section and The Oyster Bar, I heard it’s all run under the same banner known as The Commons. Another time was for a chance to meet Linda Blair, of The Exorcist fame. I enjoy how different spaces in this venue can be used for any occasion. Normally, it’s a date place; it’s a quiet and cozy environment.

END_OF_DOCUMENT_TOKEN_TO_BE_REPLACED

Quite literally, this article has been years in the making. Many, many moons ago James Shaw took me out for a birthday meal at Nautical Nellies. I asked if he was sure and I’d like to turn this into our next article for our blog. He agreed. As he once wrote, “His idea of what that means is equal to an expensive dinner for the man whose tastes know no boundaries. This year’s outing was Nautical Nellies or as I would call it Naughty Nellies cause it felt like I was giving money to an exotic dancer.”

We started to do some writing and for no reason whatsoever, he never finished his part of that article. Don’t ask me why. Maybe he didn’t want to be reminded of that night?

END_OF_DOCUMENT_TOKEN_TO_BE_REPLACED

Many, many moons ago, Frankie’s Modern Diner was once known Ric’s Steakhouse and before then, it was The Cheesecake Cafe. I miss the latter brand name and the rumour I heard was that the owners did not want to pay the licensing fee and rebranded until a name stuck. I seem to recall there was a Nanaimo-based Frankie’s too, but I don’t go up island often enough to find out if they are still around. In this updated post, this operation has moved south and with this corner having new owners, the changes are pleasant. According to some people who have talked to me in person, they are regulars for a reason.

With Capital City Comic Con near, it’s only fair to come in to see what this operation offers.  Thankfully, the current management has not forgotten the heydays of when I visited this corner often. I enjoy browsing the window display of the desserts. Although the variety was not the same as I recall from years ago, I’m glad there is a daily feature dessert, instead of the ordering from their four standard staples – apple pie, molten chocolate cake, new york style vanilla cheesecake and key lime. I will have to give an update as I know I’ll be returning for another bite during this show. The ambience of this place is great and service is very friendly. I knew one visit is not enough.

END_OF_DOCUMENT_TOKEN_TO_BE_REPLACED

When the waitresses at Shima admit Victoria, BC has way too many Japanese restaurants, I have to wonder when some will close up shop out of frustration to get a regular clientele or which operation stands out as the best? I’m sure there’s a list out there which locals has voted on as the best. I can’t say I completely agree either.

This operation has been around since 2010. While I have walked by on many an occasion, the desire to try this place out was limited. The menus on display showed prices were above average and they did not offer anything unique when compared to other operations.

For some reason, James Shaw tagged along. As we both settled in a cozy corner, we both eyed the same item on the menu: a clam miso soup. I had to go for my traditional staples, a sunomono salad (perhaps one of the best I’ve had since the chef did not skimp on the octopus) and a deluxe platter of nigiri. To sum up my buddy’s thoughts on the said soup: you get your money’s worth ($6). Not only are the servers very generous in the serving of this mollusk, but also the aroma had feeling I ordered the wrong starter.